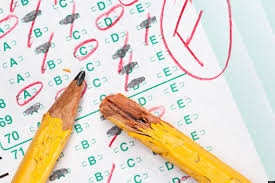 The first time I really registered the phrase, “You’re doing it wrong” was relatively recently. My friend Cord posted a picture on social media of a hilarious logo for a surf-themed clothing brand, with the surfer on top of the barreling wave. He wrote, “You don’t

It’s possible this surfer is having fun, but he’s about to eat it. Thus, he’s doing it wrong.

Why? Because there is a really right and wrong way to ride a wave. You need to get in the groove of the wave, ride the energy in an artistic and athletic manner so that you can have fun while being propelled by the sea. It was OK to say that the little dude on the logo didn’t quite grasp surfing. Physically what he was trying to do wasn’t realistic. It sure was funny.

But oh boy, it was most definitely not funny when I used that phrase recently in a sailing group for women on social media. The conversation thread originated from a woman who was planning on moving on her boat without a generator or an inverter, and wanted to know about charging her devices and equipment. Another woman listed lots of good information, especially about how some appliances surge with energy when they are turned on, which can be problematic when energy is a premium. She mentioned a breadmaker as one of the appliances.

Faithful readers of this blog will know that I’ve recently been working on making my own bread. I am super-proud to say that the last batch has been the biggest hit yet; I am starting to understand elements of the process that have been keeping me back. Each loaf I make is an improvement on the last. We eat egg sandwiches, grilled cheese and toast with peanut butter and banana slices. For pennies, the bread I bake is a staple as we live on a sailboat.

Photo credit: The lovely Leah Voss. Notice how even the cat can’t fit in the galley with me. P.S. We gave away that box fan.

Understand the concept of living on a sailboat. The galley, or kitchen, is big enough to turn around in, but not that much bigger. Certainly there is not room for two people. There is a slider on the other side of the boat, which can be reached with a lean, where we store all the kitchen appliances. This includes a pressure cooker, a mini crockpot, stackable mixing bowls, a 12V blender, an inversion blender and a French press. I could not fit a breadmaker through that storage slider if I wanted. I used to own a bread maker. I know.

So when I saw the woman on social media mention a breadmaker, especially during a conversation about using electricity, I chimed in: “Lots of good information, but if you have a bread maker on a boat, I dare say you are doing it wrong.”

Outrage! Sure, some of these ladies who are members of this social networking group have huge boats, double and triple the size of the 32-foot Downeaster that I am living on with my boyfriend and cat. But if the object is to be self-reliant and self-sufficient with energy use, I’m sorry, but a breadmaker is a bad move. It takes up space, uses too much electricity and is really unnecessary. I know because I am making delicious bread without a machine! I’m not that awesome a baker; anyone can do it!

The administrators of the web page all chimed in, wagging their fingers and messaging

me, asking if maybe I wanted to take a break from the site. Yikes, everyone was so sensitive. How DARE I!? They seemed to believe that there was no wrong way to do something, that every way is a right way; it all depends on your perspective.

Hogwash! There’s a way to be doin’ it right  (<– Soundtrack alert!) and doing it wrong. With everything, I think. I’m all for supporting fellow sisters in a righteous feminist manner, don’t get me wrong. But every religion, every society and every small circle of enthusiasts there is outline such a dichotomy for everything imaginable. Laws of the land, in general, are pretty clear. Best practices are shared throughout communities, as we help our neighbor become efficient and effective in similar tasks.

Didn’t get it right? That’s OK! It’s an opportunity to learn, think and grow!

When did it start that people were so thin-skinned and sensitive that we couldn’t declare certain things just plain wrong? When we were in elementary school, if we didn’t get something right on the test, it was wrong. Red check mark. No. Go back and study. No one took this personally because we didn’t have big egos to comfort all the time. We were a bunch of snot-nosed kids and learning was our job.

I know adult life shouldn’t be so institutionalized, but learning should still be our jobs. I’m not sure it’s a bad idea to help people stay on the path to success, if indeed you are further down the road. I know that I’ve benefited from elders or those who are just naturally wiser than me, regardless of years. It’s important to stay humble and open to the words of those around us.

We create our own lives, that’s just the foundation of it all. I created the situation where a bunch of sensitive older ladies were upset with me for calling out their waste of energy and space in the name of straight-up laziness.

(Actually, the interesting part about that whole “Facebook fight” is that no one admitted to actually using a breadmaker. They were just outraged that I would dare to suggest that someone was “doing it wrong.” They didn’t care about context.)

There’s a reason I created this situation for myself, and I think part of it is my understanding that words can divide. The last thing we should ever want to do is divide, and yet that has happened. I had a similar incident with a family member a while back: Words divided. One person thought the other person was doing it wrong, and vice versa.

Egos play a big role in this concept, and I recently read an interesting article about the difference between discernment and judgment is emotions. If there is no emotional component, then you have succeeded in detaching from the outcome and instead you are utilizing the viveka, or discernment that is innate in all of us.

Newsflash: There is right and there is wrong.

That’s why I don’t feel bad about the strange interaction and personal offense taken on social media. I didn’t have any emotion associated with it, and I was able to step back and laugh. I guess those women still have lessons they are learning. I certainly have a lot of lessons that I am learning as well.

In the meantime, all I can be as right as I know how. Staying on the noble path is the best way. Sometimes I stray off the path and am wrong. That’s OK. I’ve been wrong before. Why ever would I be scared to be wrong?