It’s reached an epidemic level, and I’m not talking about Zika or obesity. I’m referring to the inability to shut up, to admit one is wrong, to listen to another person and thoughtfully consider a different point of view. With increased frequency, people are yelling over one another – or online, typing furiously so their comment can precede the response to their previous comment.

The old adage “If you don’t have anything nice to say, say nothing” has gone out the

Some people cannot be reasoned with!

window, and we all know that the current political campaign is exacerbating it. As someone who studied political science in college, I love a good debate on politics with someone who does not agree with me. And yet time and again on Facebook or in person, when I start to discuss this campaign cycle, it inevitably ends in being called names and simply personally insulted. I “must be stupid.” I need to “learn how to read” and “put down the coloring books.” I’m a fool for the media. I’m “an idiot.” But here’s a truth we should have learned in kindergarten: Calling an opponent a name does not win a debate. (In related news, I love mandala coloring books for relaxation!)

I’ve also noticed the trend of interrupting. During the first presidential candidate debate, one candidate interrupted the other 51 times. But this has been going on for a while now. All one has to do is turn on any number of “roundtable discussions” on any news program. People yell over one another to make a point and never let anyone finish their sentence; there’s a complete lack of respect for anyone else in the room. It makes for really 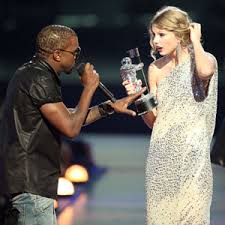 annoying TV or radio. Even during the vice presidential debate, I heard the moderator tell the candidates that “no one can understand you when you’re both talking” before I turned it off.

Coupled with nasty name-calling and interrupting, of course, is simply not listening. This is perhaps the most pervasive element of this epidemic. If one person is talking, chances are the other is already forming a reply in his head. Know why? Because we all seem to think that we know everything already. Of course we do! Look at all the social media and online sites we check, as our faces are planted firmly into our device screens so we are unable to take in anything or anyone around us. We check our phones on average 46 times a day! So much media is available all the time, we feel like we’ve got it figured out.

Speaking of media, today’s 24-hour journalism and unapologetically biased sites and channels are designed with the niche in mind. That is, chances are the media you consume simply reinforces your own world view. So if you’re a liberal, you are disgusted by Fox News. If you are a conservative, you never watch CNN. It takes too much energy to disagree and think, to process the bias and determine why we disagree on a particular matter of policy. And so we stay within our decidedly “right” worlds, with people only saying things that we agree with. More often than not, this is also true of our friends and also the people we are connected on social media. It becomes too much like work to engage people who disagree with us, because then we have to defend ourselves. This frequently devolves to a fight. Why fight when you can just be right all the time?

Another epidemic: Smoking! And another thing I was thinking … Oh, you wanted to say something?

The sad truth, too, is that the Know-It-All Epidemic effects men to a greater extent than women. Men interrupt more than women. Men are more comfortable expressing their opinions in groups than women. Men are more likely to tell a woman she is stupid than vice versa. Lots of studies on this and lots of reasons. It’s a sexist society, despite all the advances women have made over the years. “Father Knows Best” is a mentality that is hard to break. Why? Because I said so!

There’s a simple antidote to end this epidemic, and it’s a big dose of humility. News flash! You do not know everything! I do not know everything! NO ONE knows everything, and no one expects anyone else to know everything. So it’s time for the world to develop a new skill: listening. Slow down and think about what is coming in. I know, in today’s fast-paced, email culture, there never feels like enough time to process anything before we are forced to act. But there is. There is a lot of time. In fact, there is more time than ever.

Life is meant as a learning process. Every person we encounter comes to us for us to learn from. Every obstacle that is presented in our lives is an opportunity for us to creatively figure out a way around it. Learning is the only way we can progress on our path, and the only way we can learn and grow is to be open to the world around us. The first step to being open is to understand that we are not self-contained units of perfection. There is simply no way we can know it all, because knowledge comes from experience. How old are you? Probably not old enough to experience it all. Been everywhere? Done everything? Doubt it.

I have a mantra I like to say when I share an opinion: “I’ve been wrong before.” Because I

have, and it doesn’t make me any less of a person or any less intelligent! Sometimes I’m right. Like, I’m a pretty good judge of character. And that’s because I have put energy into trying to see people fully and with compassion. Sometimes I still fail and people disappoint me. But guess what? I’m still learning, and next time I meet someone I’ll be that much better prepared to understand them.

But how well do we understand ourselves? This is the root of this epidemic. Part of the reason folks spend so much time defending themselves is because they are not confident in themselves. We hold these truths to be self-evident. Sound familiar? The Founding Fathers of the United States all determined what the principles were for building a government, so they didn’t have to keep going back and forth about it. What are your principles?

For me, helping others is a priority. So I am not interested in ram-rodding my point-of-view down the throats of others, even when I am very confident in the validity of my opinion. Because in the end, I am not interested in ruining a relationship and hurting another person just so I can be right and “win.” At the same time, I also understand that there is no arguing with crazy. Because that perpetuates crazy behavior, which can be defined as being without basis, without a grasp of reality, without consideration of the other person. This way of being only serves as an angry mask that is usually hiding a much deeper hurt.

People are hurting. That’s the bottom line. The screaming, the anger, the total uncaring in the face of fervent conviction … so much of it is just the bricks needed to build a wall around the person. The thicker the wall, the less likely anyone will want to come inside to see the vulnerable person who was once hurt and hanging on to it. So many people hang on to the sadness, yet at the same time yearn deeply for peace. The only way to end this hurt is through love, respect and caring: Give it and receive it.

The Yoga Sutras tell us to approach an unhappy person with compassion and an unvirtuous person with equanimity. So as we use our lives to learn more about ourselves, help others as well. That’s how we’ll really get to know what we truly seek to know.