When Failure is Not an Option

For a while last year and earlier this year, my friends and I were part of a band that was really more like a movement of art, music, flow and fun called Intercoastal Swell. The gigs we played around town – at the Pineapple Festival, Coffee Bar Blue Door, Arts Fest and elsewhere – felt like a mini festival, as we spun fire and hula hoops in the streets and created live art to original

Joshua the Man and me, during one of the band’s rare and wonderful practice sessions.

music. The name is a homage to the interconnectivity of life on the coast, mixed with the energy of a swell that makes the ocean such a magical place. The band lives on, in different incarnations, and I loved that I will always be a part of it.

The music and flow never ended, of course, but as if by a lunar-influenced tide almost all the members have or are about to make their way to the next phase of their life journey. Joshua, our singer/songwriter extraordinaire, and Didgeridoo Master Jake traveled to Colorado, but then Jake’s car broke down so in the amazingly lovely Manitou Springs they remain. (Seriously, that little town is epic with delicious, sparkling potable springs bubbling in fountains throughout the quaint streets. There’s also a restaurant that makes a mean huevos rancheros, and I can’t wait to return.)

Ditta the artist moved back to New Jersey, and beautiful spirit Maddie is finding herself in Orlando. Alex, our lead guitarist, is moving to Philadelphia for love. Vocalist, videographer and vibranta Brittny and multi-instrumentalist Malik are heading out this week to meet Joshua and Jake, perhaps scooping them both up and heading onward to San Diego. Wilkie, my favorite uke and beat box beast, and Firestarters JT and Sean are holding it down on the Treasure Coast.

As for myself (I played a variety of percussion and specialized in good vibes), I am a handful of weeks off from cruising with my love to places known and unknown. Of us all, I will be the one most intimately enjoying the literal intercoastal swell.

So, as Brittny and I were jumping around in the super-low tide of the shore pound recently, to honor her last time at the beach for a minute, we were talking about this beautiful, liminal moment almost the entire band was in. Are you familiar with the concept of the limin? That’s when you’re at the crossroads, actually moving through a threshold of life. The limins are those times that you look back and say, oh yes, that’s really when I realized that things were changing. That’s when you make those decisions and say, yes, I’ll go that way, not that way. You go down the path you’ve decided is right for you. You pass through the doorway. You are on your way.

I guess some people believe it takes a lot of guts to do what we are doing, because frankly we are all living the bohemian lifestyle. Oh! Theme song for the blog post time. But I don’t think it’s a matter of guts, because for all of us, the big adventures we’ve created for ourselves isn’t anything that’s scary. The journeys are actually obvious. For each of us, it’s exactly what we know we are going to do. So there is no reason to be worried or scared. At all. Really. It’s called being alive and realizing how you want to live your life.

Because failure is not an option! Let’s dissect that concept a little bit. Technically, you could say that Jake and Joshua “failed” because the car died and they never made it back to that 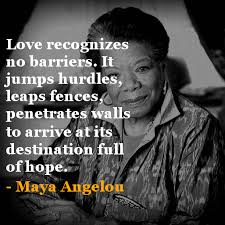 This quote was on my refrigerator for quite a while.

rental in Stuart, Fla. But why would you think that? They are hiking and meeting people and spending time with Joshua’s nephews and generally having big ole smiles. It doesn’t feel like failure to me. Alex, who is traveling because he wants to be with his love, may feel like it’s a risk. Is it really? Isn’t a bigger risk deciding NOT to try a life together with someone he feels so strongly about? Wouldn’t it be sad if no one made big moves for love? What a sad world this would be.

It’s all a matter of perspective. I suggested this to my parents, who were understandably worried about my plan to sell all my worldly possessions (look Ma, no storage!) and move on to my boyfriend’s sailboat. What if it didn’t work out? my mom asked. Well, here’s the backup plan: Pack a bag and buy a plane ticket. Hey! Now I’ll have great contacts in Colorado. And I have friends in Charleston and Mount Shasta and Woodstock and Atlanta and Pittsburgh and San Francisco and Portland and the Jersey Shore and Idaho who I would love to see. That doesn’t sounds like failure to me, since my general plan is travel and love anyway. And yes, love is everywhere.

Yay! Congratulations to my friends moving to Colorado this week! High love!

But the word “active” is in there, too. We need goals. We can’t just wander around, floating on the intercoastal swell. That’s no way to reach our highest self. We need to set goals. For example, I had a goal of ridding myself of unnecessary possessions, and that’s still a work in progress. I have a goal of writing a book or two. I have a goal of experiencing new people and places, thinking about new ideas and allowing myself to swim in the depths of love like I’ve never done before.

If I’m not active in these goals, they will never be realized. So I remain active, but detached from outcome and expectation. The big-picture goal, of course, is not to suffer, right? Sounds good to me.