Not Everyone Wants Help

I was out on a date recently and asked a really lovely first-date question: “So, what are you best at?”

I answered how I wanted to hear myself answer: “Helping people.”

That is what I want to be the best at. I want to help. I open doors for people, smile at someone 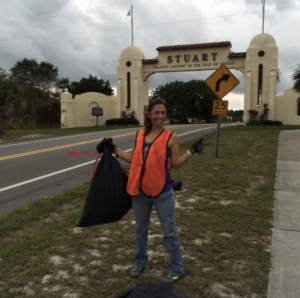 “Here to help!” I pick up trash pretty much everywhere I go.

who is having a bad day, pick up a piece of litter so someone else won’t be distracted from the beauty of a park, lead yoga sessions so my students can relax, work with people to create a life plan that allows them to fulfill their dreams, write articles that provide useful advice, balance chakras, tell funny stories that make people laugh, inspire people to learn something about themselves or the world or simply pet someone’s kitty while they’re out of town.

Ever since I was a kid, I remember my parents instilling service into my life. I was required to clear the dishes and clean my room. I made a little extra cash pulling weeds and painting the garage door. I babysat. I fed the neighbor’s fish. I helped my mom set up her classroom before the school year began. I cleaned my grandmother’s house. I even spent a middle school-era Spring Break at a community service camp, where a few good-doers like myself mixed with juvenile delinquents busting out court-ordered community service orders to paint the houses and mend the front porches of low-income folks in my town. (My parents were super-stoked when I came home with a boyfriend from the other side of the tracks! This is called foreshadowing, for the literary types.)

I’m a solutions-based person, interesting in finding solutions so people can get past their problems and on to the next amazing thing that will happen in their lives. I love it when I can facilitate others as they overcome their obstacles and find success. There’s nothing better than others reaching their own potentials and giving back to the world. It’s almost like I’m just paying it forward: By helping others, I am creating a friendlier, more loving and fun world that I get to live in. The more happy people there are, the more happy people around me. I never said I was best as selfless service!

But alas, I recently learned a lesson that not everyone wants help. I’m in a Facebook group 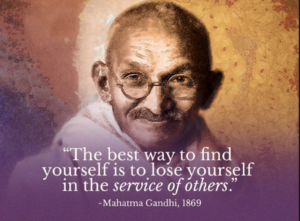 A truth bomb from the OG peace warrior

about women who are living in Korea. I’ve been in the country for about six weeks, long enough to know that I must quell my American instinct of crossing the street when the “walk” sign isn’t lit, even though there are no cars approaching. I am supposed to just stand and wait for the green light, just like everyone else. No, my skin isn’t a glossy white, and I’m not listening to K-Pop, but I am understanding the cultural values of assimilation and subservience. This is a work-hard, play-hard country – but the fact that often workers go out drinking with the boss and must continue to drink (even until passing out) and laugh as long as the boss wants them too is really saying something.

In the Facebook group, a woman posted a concern she was having: She kept going out with guys, sleeping with them and then they would disappear. She was fearing that she wasn’t “girlfriend material,” and wanted to know if anyone felt the same way. This wasn’t a Korean problem, of course. It was more of a problem for people who had low self-esteem, did not understand themselves enough to understand what they wanted in a partner and thus constantly attracted the kind of people that caused them misery. From the outsider perspective, it was fairly obvious that she needed to take a break from dating and certainly casual sex and take a long, good look in the mirror. So, here comes Ms. Fix-It: I suggested in the comments section that she talk to a licensed therapist. 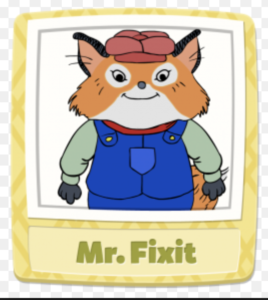 Outrage ensued! Not only was the original poster horribly offended that I should suggest such a thing, numerous others chimed in at how rude I was. One woman even told me that I was a “terrible human” for suggesting such a thing. The moderator blocked me from commenting on the page for 24 hours. It was amazing. Retrospectively, I guess I was too straightforward in my recommendation and should have couched it in more niceties, but I didn’t say anything remotely unkind. I honestly thought I was helping her.

In this post-Trump era, I’m certainly gotten used to people lashing out at my opinions on Facebook. Two years ago, when a friend – a real friend, someone who I went out for drinks with and laughed about silly stuff together – told me in no uncertain terms that he thought I was stupid, ignorant and uneducated because I had the audacity to support Hillary Clinton over the monster holding office now. When I received the barrage of angry, condemning messages from him, I cried. A month later, when a Republican, conservative friend of a friend told me to “go to the toilet and find a snack,” I was really taken aback. Now, well, I see this is the evolution of social media and American society in general.

Instead of getting my feathers ruffled and puffing out my chest as I read the angry reaction to my seemingly normal comment (a few people did support the idea, but they too were immediately blocked), I looked within myself. What could I learn from this? What I realized, simply, that not everyone wants help.

This woman did not want a solution to her problem. She wanted other people to say, “Girl! It’s those jerky guys! You do YOU! Wooo!” She wanted people to commiserate. She wanted to vent. She did not want to change. As Marshall McLuhan says, “The medium is the message.” If she really wanted to change, a Korean ladies Facebook group was not the medium for it.

And guess what: That’s OK! I am constantly trying to dig deeper into my pit of compassion (luckily, I have yet to find the bottom), and I realized that by jumping ahead of where this woman was in her life, I was showing not just a lack of compassion but also impatience: Like, come on, lady! *Insert eye roll* Just go to a therapist, figure your stuff out and carry on! 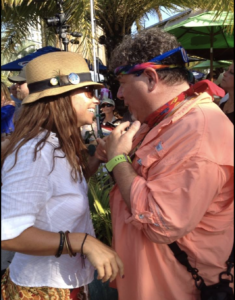 Photographic evidence that I have the ability to STFU and listen to someone, in case you thought otherwise

That attitude is simply not fair. And so, even though I’m not sure my comment warranted such backlash from these women, many of whom are ex-pats having lived in Korea for much longer than I, I understand it. I understand my role in it. And really, isn’t that all we can do? I recently read an article about how when people do things that do not make sense to us, it’s not that they’re doing illogical things. It’s that we just do not understand the totality of their life experience. What they are doing makes sense to them. They may have never had the opportunity to develop skills or critical thinking that would allow them the self-analysis needed to work through their own problems. Because, of course, even therapists don’t know the solution to your problems – only you do. You have to figure yourself out (professional therapists and life coaches help you do that). That’s part of our job here on Earth.

Does this mean that I should stop helping? Of course not. But part of being an effective teacher is meeting people where they are. If Johnny wants to be a better person but can’t read, you’re not helping him by assigning him a book report on Eckhardt Tolle’s “A New Earth: How to Create a Better Life.” As a trained journalist, I spent a decade listening to people and then trying to process their thoughts in an easy-to-understand way for everyone else. I listened a lot. But I want to listen better. I want to know how you want me to help.